Cadiz, Inc., is a renewable resources company based in Southern California that owns 45,000 acres of land in eastern San Bernardino County, most of which overlies the Fenner Valley aquifer system.

On the eve of a statewide drought, Cadiz and the Santa Margarita Water District (SMWD) formed a public/private partnership and proposed the Cadiz Valley Water Conservation, Recovery and Storage Project, an ambitious plan to pump 50,000 acre feet of native groundwater annually from the Fenner Valley Aquifer System in the Mojave Desert over 50 years and to deliver the groundwater via the Colorado River Aqueduct to municipal and industrial uses in Southern California.  A later phase of the Project would include importing water for storage in the basin.

Pumping of groundwater from the desert areas of San Bernardino is subject to the County’s Desert Groundwater Management Ordinance.  Enacted in 2002, the Ordinance was designed to protect desert aquifers from overpumping.  Consistent with this principle, the Ordinance requires that any applicant proposing to extract groundwater from the County’s unadjudicated groundwater basins first secure a permit from the County or otherwise qualify for an “exclusion.”  The County has the discretion to grant an exclusion if the applicant prepares a groundwater management plan that contains enforceable measures aimed at protecting the health and continued ability of affected aquifers to store and maintain water. In the case of the Cadiz Project, SMWD and Cadiz proceeded under the exclusion process based on a comprehensive Groundwater Monitoring, Management, and Mitigation Plan (GMMMP).  Negotiated with the County, the GMMMP imposes a detailed monitoring regime, strict pumping limits, and multiple protections against subsidence, water quality degradation, and other indicia of overdraft.  The GMMMP and its accompanying agreements also secured a strong role for the County in overseeing groundwater extractions and enforcing basin protections.

SMWD and the County completed environmental review and approved project plans in 2012.  Delaware Tetra Technologies, Inc., a salt mining company, Center for Biological Diversity, and a host of other union, ratepayer, and environmental groups filed suit to halt the project.  Originally, a total of nine separate lawsuits were filed in three county superior courts and the Eastern District of California.  Three of the nine cases were resolved before trial and the remaining six cases were coordinated before a single trial court in Orange County Superior Court.  Trial proceeded over twelve days, with the bulk of arguments centered on SMWD’s role as lead agency, the Project’s environmental review under CEQA, and the governance of water extractions under the County’s Ordinance and principles of California water law.  In a stunning rebuke, the trial court in May 2014 denied all claims, and plaintiffs appealed.

Downey Brand attorneys Christian Marsh and Kevin O’Brien negotiated the groundwater management plan, which would become the center piece for operation of the Project.  Christian and Kevin, along with Steve Saxton and Rebecca Smith, served as lead counsel for the County at trial and on appeal, and were part of the legal team that secured this decision on behalf of the County of San Bernardino.

To read some of the media coverage associated with the Cadiz Valley water litigation, click here. 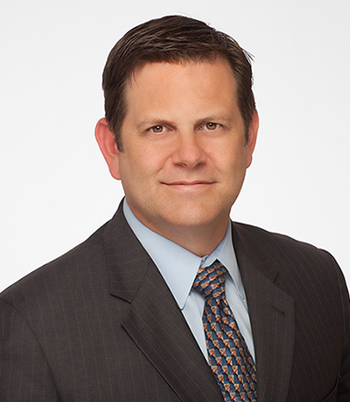